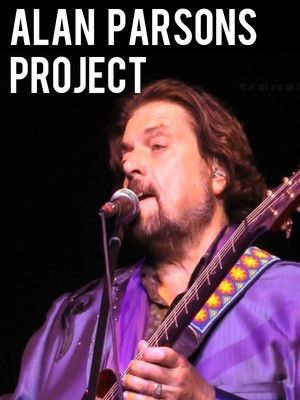 The Prog-rock wizardry of The Alan Parsons Project returns

Comprised of engineer and producer Alan Parsons and singer-songwriter/composer Eric Woolfson, The Alan Parsons Project was formed in 1975 as part of the British progressive and soft rock movement. Parsons, a well-established producer by that point, was inspired by the auterism of the film industry, giving his individual creative stamp on the duo's ensuing releases.

Accompanied by a revolving line-up of regular features and budding new talent, the pair pushed the boundaries of rock and pop, often conjuring chart success with jazz harmony-tinged dreamy soundscapes, laid back grooves and a cinematic feel. Their conceptual albums blossom into kaleidoscopic live performances, where the virtuosity of prog meets singable lyrics and hook-laden pop. There's no pomp and circumstance when it comes to The Alan Parsons Project, just a high level of musicality that speaks for itself.

this is the 3rd time I've seen Alan Parson and like fine wine he gets better... more

Amazing, powerful and overall excellent. Only thing that could have made... more

Sound good to you? Share this page on social media and let your friends know about Alan Parsons Project at Theatre Maisonneuve.