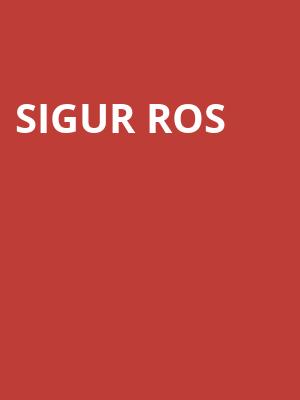 "Fans.. rejoice in having discovered music of elemental beauty."

Known for their capacity to create expansive otherworldly soundscapes, Iceland's adventurous post-rock vanguards Sigur Ross are true originals, shaping their musical vision into an incandescent career that has garnered them worldwide acclaim and a legion of likeminded fans.

First launching to mainstream success in 1994, with the album Agaetis Byrjun,the band announced on their website: "We are not a band, we are music... We are simply gonna change music forever, and the way people think about music. And don't think we can't do it, we will." And have been striving to embody this mission statement ever since, infusing concert halls with their vast collages of mystery and folklore, wrapped up in a classical blanket.

Don't miss what is sure to be a spectacular evening of sound and color with one of the best bands in the world today.

The lighting design for the June 4 concert was amazing. The LEDs on the... more

Sound good to you? Share this page on social media and let your friends know about Sigur Ros at Salle Wilfrid Pelletier.