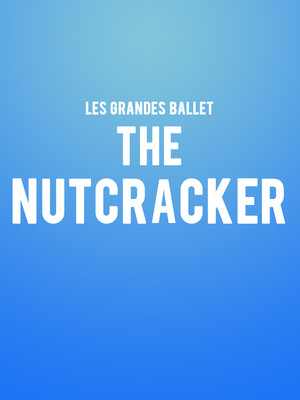 Enjoy the delights of the Les Grandes Ballet's Nutcracker!

Get ready to say a huge "Joyeux Noel" as once again the fabulous Les Grands Ballets Canadiens de Montreal stage their annual holiday extravaganza, choreographed by the late Fernand Nault and accompanied with Tchaikovsky's legendary score, performed live by the Les Grands Ballets Canadiens Orchestra. Based on the original E.T.A Hoffman tale, this full-scale classical ballet also features 100 local children to play the roles of mice, rats, angels, mirlitons and even matryoshka dolls!

What is it about?

On Christmas Eve, a tree-trimming party is in full swing at Clara's parent's exquisite townhouse. When the local toymaker Drosselmeyer appears, he bears gifts for the children; dolls that magically spring to life. For Clara, he presents her with a charming nutcracker soldier doll; alas, her boisterous younger brother grabs it and breaks it by accident, making her cry. The kindly Drosselmeyer fixes the nutcracker's jaw with his own hankerchief, and the party resumes.

At midnight, Clara suddenly awakes underneath her Christmas tree - everyone else has gone to sleep. Suddenly the tree grows to a fantastic size, and she is ambushed by what looks to be a band of giant mice, led by the evil King Rat. But what's this? A troop of tin soldiers attacks the rodent army, led by a handsome figure - it's the Nutcracker! With Clara's help, they defeat the rodent army.

The Nutcracker extends Clara an invitation to visit the Land of Sweets with him as a thank you. Journeying through a forest of dancing snowflakes, they reach the kingdom of the kindly Sugar Plum Fairy, where a huge festive feast of ballet awaits them...

Seen Les Grandes Ballet: The Nutcracker? Loved it? Hated it?

Sound good to you? Share this page on social media and let your friends know about Les Grandes Ballet: The Nutcracker at Salle Wilfrid Pelletier.