Sorry! You missed Harry Potter and The Half Blood Prince in Concert at Salle Wilfrid Pelletier 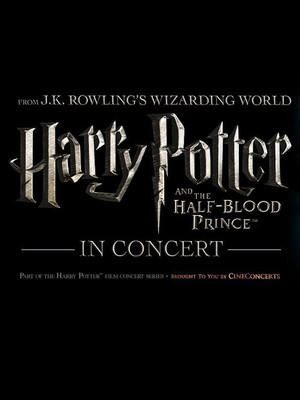 Harry Potter and The Half Blood Prince in Concert

Let us step into the night and pursue that flighty temptress, adventure

Why See Harry Potter and The Half Blood Prince in Concert?

Join Harry Potter as he enters his sixth year at Hogwarts in this live to film concert, backed by a full orchestra playing Nicolas Hooper's magical score as the adventure plays out on a huge screen. So grab your cloaks and brooms and prepare for the Boy Who Lived's most epic adventure yet presented in unforgettable style.

You are protected by your ability to love

Voldemort's grip on Magical and Muggle Britain is tightening in as Harry and co prepare to return to Hogwarts for their sixth year. Whilst the storm outside the castle grows ever closer, there are more urgent things to attend to - beginning with the mysterious 'Half Blood Prince' and his textbook, now inherited by Harry for his Potions class. Not only that: there's a new Potions teacher too, the exceptionally strange Slughorn. But none of these are enough to compete with teenaged Harry and friends now firmly in the grip of adolescence. Love potions, jealousy, and fights galore, plus the notion that Draco Malfoy is Up To Something leave Harry facing his most challenging year yet!

Sound good to you? Share this page on social media and let your friends know about Harry Potter and The Half Blood Prince in Concert at Salle Wilfrid Pelletier.