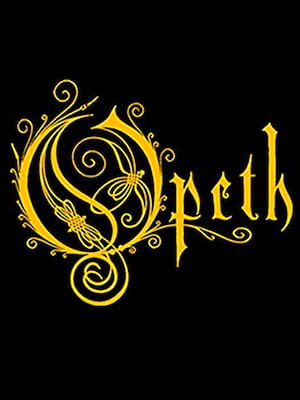 Metal icons and genre leaders for more than 25 years!

Metal icons and genre leaders for over 25 years!

The Swedish heavy metal gods return to North America for a special series of concerts. Led by Mikael Akerfeld, Opeth have forged a reputation as one of the genre's most experimental forces, following in the footsteps of their progressive rock idols by incorporating jazz, classical, folk and blues influences into their sprawling - and often hauntingly melodic - tracks.

Active since 1989, the band has undergone several iterations of members with only one of the original band members still in the band today! That would be lead vocalist and guitarist Mikael Akerfeldt, whose iconic vocal diversity helps Opeth's music bounce from one genre to the next all within one song or, somethings, just one chorus. If technical guitar and intricate riffs are your kinda thing, Opeth is one band you won't want to miss experiencing live!

This is one of the best concerts I've ever attended. Now mind you, I am... more

Arch Stanton: “Opeth at the Ryman”

Not sure if it was all the wood (interior walls and pews) but the sound... more

Sound good to you? Share this page on social media and let your friends know about Opeth at M Telus.