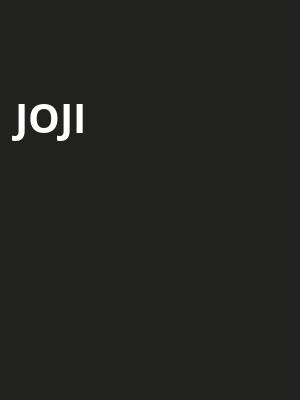 Joji brings his unique sound to the road!

a glimpse of joji!

Following the release of his brand new single 'Glimpse of Us', YouTube star come singer-songwriter Joji heads out on tour. Rising to prominence with his character Filthy Frank in 2011, Joji's content style parodied the vlogger lifestyle and included a series of hugely popular comedy sketches and hilarious music videos which saw the star hit over six million YouTube subscribers.

After retiring from his channel in 2017, Joji announced that he was going to focus on his music career. Honing a more grown-up sound, Joji's Ballads 1 is a lo-fi mix of cloud-rap and trap-infused melodies. A long way away from his comedy career, Joji is carving out his own gap in the market, and with a legion of fans behind him, it's no doubt that he is on the way to becoming a household name.

Seen Joji? Loved it? Hated it?

Sound good to you? Share this page on social media and let your friends know about Joji at M Telus.