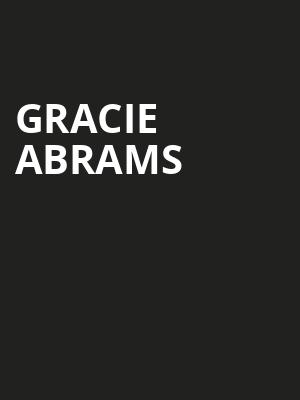 Up-and-coming American singer Gracie Abrams is making her mark on the pop scene and 2023 is going to be her year! You're invited to join Gracie on her first headlining tour, The Good Riddance Tour, which will see her head out on an 18-date trek with Tiny Habits as support. Expect to hear brand new material off her debut album 'Good Riddance' along with fan favorites.

Abrams began her career in 2019 with the release of her debut single 'Mean It'. Since then, she's been on an upwards trajectory - dropping music yearly and even being the opening act for Taylor Swift on The Eras Tour!

Sound good to you? Share this page on social media and let your friends know about Gracie Abrams at M Telus.