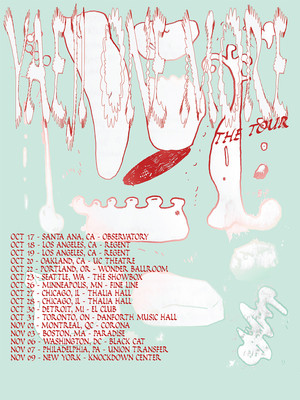 This rising star dances to her own beat

Brooklyn based Yaeji certainly dances to her own beat, moving around the globe throughout her formative years the Korean DJ turned to the internet for solace and in return discovered a plethora of music, inspiring this young artist's own unique sound. After moving to New York to study Conceptual Art Yaeji picked up some headphones, and as they say, the rest is history.

Fusing English and Korean lyrics over deep house beats, Yeaji engulfs your ears in entrancing sounds which will give you the same feeling through your headphones as it does in the club. Having gained a strong and numerous fanbase via Soundcloud and YouTube, Yaeji was included on the long list for the BBC's sound of 2018. Embarking on her One More tour, don't miss out on this rising star as she sets out to make musical history!

Some venues are age restricted, please check with venue before booking tickets.

Seen Yaeji? Loved it? Hated it?

Sound good to you? Share this page on social media and let your friends know about Yaeji at Corona Theatre.