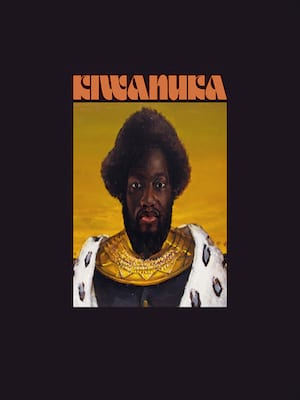 "One of the greatest albums of the decade"

Kiwanuka is a British-Ugandan soul musician producing work that is both timeless and contemporary . His 2016 album Love & Hate, went to number one and was nominated for a Brit Award, while the magnificent orchestral title track Cold Little Heart serves as the opening theme for the series Big Little Lies and launched him into international stardom. His 2020 tour comes on the back of his latest self-titled album KIWANUKA , an instant success receiving 5 star reviews.

He has been compared to Bill Withers, Randy Newman, and Otis Redding and back in 2011 supported Adele on her Adele Live tour. The singer-songwriter's latest album is a journey of self-discovery and emotion and seeks to lay to rest his feelings of self-doubt on his rise to success. It is a contemplative piece of work that takes you on an epic journey that is said to combine classic soul, funk, gospel, film soundtrack, psychedelia and audio clips and samples. An impressive piece of work.

Sound good to you? Share this page on social media and let your friends know about Michael Kiwanuka at Corona Theatre.