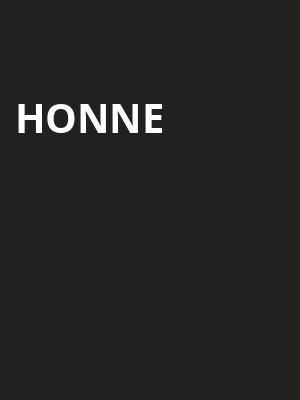 Let's just say the world ended a week from now, what would you do?

Critically acclaimed electro soul duo Honne formed in Bow, London in 2014, releasing two debut EPs the same year. Ever since, the outfit has honed an immaculately-produced, unique and easily-identifiable sound, and are now hitting the road with their recently released album Let's Just Say The World Ended A Week From Now, What Would You Do?.

Written during the events of 2020, Let's JUst Say The World Ended A Week From Now, What Would You Do? is limitless with what if offers. As always, they bring their listeners danceable yet intelligent music that mixes shades of funk, R&B and blue-eyed soul with satisfying and thoughtful lyrical content, as well as a few brazen pop hooks thrown in for good measure. As such, their live shows are a reflection of this obvious musicality, resting on technically remarkable and emotionally-charged performances that often have audiences hushed in silent revery.

Sound good to you? Share this page on social media and let your friends know about Honne at Corona Theatre.