Sorry! You missed Deafheaven and Baroness at Corona Theatre 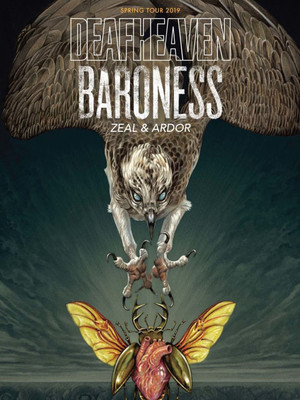 A night of pure metal magic!

Why See Deafheaven and Baroness?

Metal legends Deafheaven and Baroness team up this year for a joint tour of epic proportions! With Deafheaven having released their fourth album last summer, earning a Grammy nomination in the process, the two sets of rockers hit the road with their plethora of hits in tow!

After being victims of a bus crash in 2012, and taking some much-needed time-out, Baroness are on the comeback. Having released their fourth album back in 2015, the four-piece are rumoured to be working on some brand new work. Although it is still not confirmed, keep your ears peeled for Baroness' latest musical offering!

Sound good to you? Share this page on social media and let your friends know about Deafheaven and Baroness at Corona Theatre.