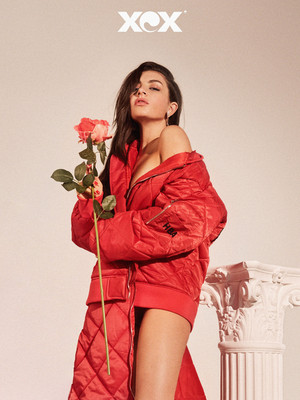 Charli XCX hits the road with her third studio album!

Futuristic pop star Charli XCX is hitting the road with her highly anticipated third studio album, Charli. Set to release later this year, the new album features artists including Lizzo, HAIM, Christine and the Queens and many more. The live tour is set to kick off in Chicago, before making its way across North America and then heading off to the rest of the world. Joining Charli on the road for alternative dates are guests, Tommy Genesis, Dorian Electra, Allie X and Brooke Candy.

Charlotte Aitchison, better known as Charli XCX, began her road to stardom in 2008 when she began posting songs on MySpace. This soon led to her discovery, and she was invited to perform at warehouse parties and raves. Two years later she signed her first recording contract, and by 2012 had released a series of mix-tapes and singles. She rocketed to fame in 2013 when her collaboration with Icona Pop 'I Love It' became an international hit.

Sound good to you? Share this page on social media and let your friends know about Charli XCX at Corona Theatre.