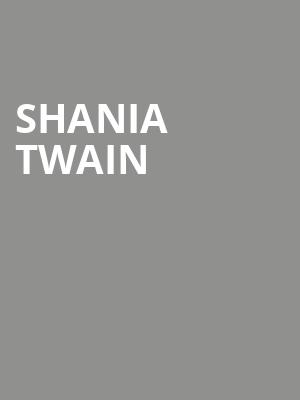 Shania Twain sounded so good Saturday night at the Stagecoach country music festival that I briefly wondered if she'd been replaced by a robot. Her perfect pitch wasn't the only thing that raised that possibility.

It's been years since the top selling female country artist of all time last hit the road, but Shania Twain is back with brand new album Queen of Me in tow! Don't miss the five-time Grammy Award-winning songstress behind smash hits That Don't Impress Me Much and From This Moment On when she brings the show to you.

Originally hailing from Ontario, Canada, Twain has enjoyed a stellar career spanning over three decades by skilfully fusing pop with country, finding wider appeal with a mass, international audience. The ability to straddle these two genres, as well as her incredibly emotive vocals, skyrocketed her to lasting fame with the release of multi-platinum album The Woman in Me in 1995. Bow down to this Country queen as she takes back her throne!

Sound good to you? Share this page on social media and let your friends know about Shania Twain at Centre Bell.